This episode wasn’t at all what I was expecting. I knew it was going to be a musical episode but I only expected the singing to be during the Carrie scenes, throughout some of the actual play and the rehearsals, not in everyday life as well. I definitely couldn’t imagine this much singing again, but for one episode it worked reasonably well. The cast does vary in skill when it comes to vocal talent but it was pleasant enough to listen to everyone, especially knowing that the cast had a lot of fun filming this episode.

One thing I wasn’t too sure on was filming behind the scenes with that video camera. Again, for one episode it worked really well, but there were so many scenes that I wish we had got in the normal, high quality as opposed to a slightly shaky, low-quality camera. However, I did appreciate that Jughead was the one to control the camera. I really couldn’t see him getting involved in the actual musical so this was a perfect way to keep him involved. Sure, he would have been around for Betty but probably not as much. This way he had a reason to constantly be around instead of being primarily absent from this episode.

As well as filming the behind the scenes stuff, Jughead also ends up investigating the possibility of the Black Hood’s return. During one of their rehearsals, a sandbag falls from above and almost hits Cheryl. Soon after Kevin admits he found a letter, seemingly from the Black Hood, demanding that he recast the role of Carrie.

Jughead does a little bit of digging with the help of Betty to find out what’s really going on. None of them believe that the Black Hood is really back because as far as they know, he was shot and killed by Sherrif Keller. However, they decide it can’t hurt to investigate and their number one suspect is Ethel who wasn’t even allowed to audition for Carrie, a role that she really wanted.

Investigating might be Betty and Jughead’s thing, but they were far from subtle this episode. The way Betty questioned Ethel screamed suspicious and then Jughead gets caught filming them, although it was funny to see him try and duck out of the way even when it was clearly too late.

A second note from the Black Hood comes in, along with more evidence that it could be Ethel who is writing them. However, before too much can come from it, it’s time for the musical to start and the episode ends on quite a big note with the death of Midge. She escaped the Black Hood before, so she probably wasn’t the ideal choice to play Carrie either. Although this episode wasn’t a favourite for me, the small Black Hood moments, and this final scene actually has me hyped for next week’s episode.

Penelope continues to be a horrible mother and gets in Cheryl’s way once again by not giving her permission to be in the Carrie musical. It’s another example that she’s under her mother’s thumb still, so it was fantastic to see her take the final stand. Penelope did seem really upset and scared of Cheryl in that final moment, so there’s a pretty good chance she’s going to sign any papers so that Cheryl can become emancipated and have full ownership of Thistlehouse.

I’m looking forward to seeing her and Nana Rose living together without having to worry about Penelope or Claudius. This episode we got to see the softer side of Cheryl (when she apologised to Josie and confided in Toni) but also the strong side of her that’s unwilling to step down when she faces her mother. I don’t see this being the complete end of everything but it’s nice to know that Cheryl potentially has the upper hand again.

Also, I love how when she gets recast Toni doesn’t miss a beat and instantly goes looking for Cheryl, and then gives her a pep talk. Although we didn’t get too much interaction between them this week, what we did get was powerful, and it’s always good to see those two together.

Elsewhere, the relationship between Fred and Archie takes a somewhat positive turn by the end of the episode. We find out that Mary has gone home so Fred is running for Mayor alone (although I’m sure if he needed her help, she would be there), and Hirman makes plans to try and get between Archie and Fred so that the latter is on his 100% alone while he’s running for Mayor.

This, however, backfires and instead only seems to bring Archie and Fred closer together. After Hiram tells Fred about the car, knowing full well that Archie wanted to keep it a secret, Fred reveals that he was going to by an old car for them to build up themselves, just like he did with his father. This action, and how Fred continues to not talk to him properly, leads to Archie handing the keys back to Hiram and warning him that trying to get between him and his Dad is a battle he will always lose.

I’m not sure how much I trust Archie because he has seemingly sided with Fred in the past and then still gone back to Hiram. This did feel slightly different, however, so hopefully, this was the wake-up call he needed. Also, with Hiram pulling a stunt like that, and Veronica realising how much of a bad friend she’s been, I wonder if she and Archie will finally come to realise that Hiram has no one’s best interest at heart except his own.

Also, it was really sweet that Fred wanted to volunteer to build the sets so he could be with Archie and because he was happy that Archie got back into music again, even if only a little bit. It also made me tear slightly to see him get so emotional when he sees the old, broken down car for them to rebuild.

Alice showing up to Pop’s and flirting with FP has confirmed that they most definitely had sex in the previous episode, but in true Riverdale fashion, it’s not that simple. He seems really off with her and uses work as an excuse to not go to the musical, prompting Alice to realise that Jughead and Betty were never going to make the same mistakes they did because she and FP were already making them (again).

This, along with Chuck not answering her calls, leads to Alice breaking down and revealing to Betty that she’s driven everyone away. You can see how upset and broken she is, and that in part leads to her forgiving Hal and the two planning to attempt to make things work. It’s clear that she’s going back to Hal because it’s familiar. She technically took a risk by going to FP last episode, and now that it’s backfired on her she’s sticking to what she knows.

That made it even more heartbreaking when FP shows up to the musical but is too late after realising his mistakes. However, the fact that he shows up suggests that this is not the end of these two and there’s still more to see. There’s been too much build up for it to simply end there and there’s still a lot we don’t know, so even if Alice and FP don’t become a couple there’s still bound to be a lot more content between the two of them.

It was also interesting that Hal suspected that Chic wasn’t his, but seemingly had no confirmation until Alice told him this episode. With Chic back now as well, it’ll be interesting to see what happens with the Coopers from here. Also, considering Alice said they shouldn’t keep secrets, she doesn’t seem to have mentioned the fact that she slept with FP. Perhaps she doesn’t think it’s important because she and Hal were broken up, but there could also be a deeper reason as to why she hasn’t mentioned it.

The other notable point in this episode was Betty and Veronica. Archie isn’t entirely wrong when he tells Betty that Veronica forgave her for the horrible things she said thanks to the Black Hood, but he’s naive to think that Veronica is completely innocent. Sure she’s dealing with a lot but she was still, in some cases, a bad friend.

So when she and Betty make up I think it would have worked better if they didn’t try and deny that she had been a horrible friend. She admits that she was, but Betty disagrees. The things that Veronica is dealing with shouldn’t excuse the fact that she’s been a bad friend, but it should make it easier for Betty to forgive her. Sure, Veronica might not be as horrible as Betty first thought (or has recently believed) but that doesn’t mean she didn’t mess up.

Regardless, with everything that’s happened lately, and in this episode particularly, I hope the Hiram story comes to a close by the end of this season. It’s getting tiresome and as I said, Archie, and perhaps Veronica too, have reason to doubt Hiram or to not put him first in every situation. The former seems to finally realise that there are people and things in his life more important than working for Hiram, but I’m sure it’ll take a lot more for Veronica to fully feel the same. 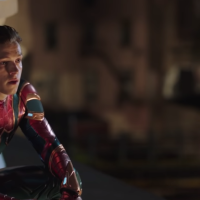 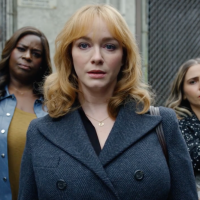