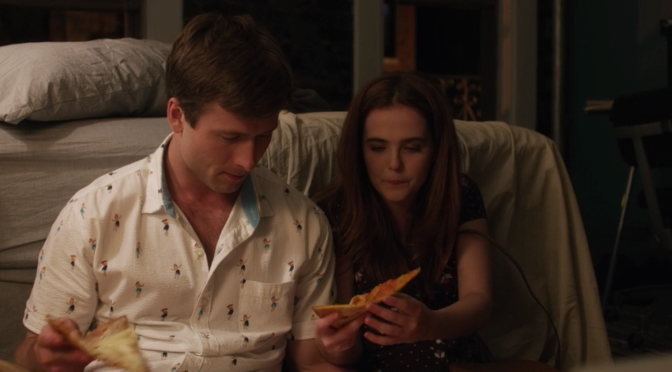 You know those movies that you hear everyone talking about non-stop and you know you’ll love it but it takes you forever to get to it? For me, Set It Up is one of those. I’m not too late to the game with this one and luckily enough I avoided any type of spoiler which was great, but at the time of writing this review, the movie has been out for about a month (perhaps a little less).

From the moment I heard what Set It Up was about I knew I would watch it at some point, that it was my type of movie. I feel like people who are into romantic comedies are going to love this movie, but it can also be enjoyed by those who don’t really care and/or aren’t very sure when it comes to romantic comedies.

For those of you who don’t know (and if you don’t, you probably shouldn’t read this because of spoilers but), Set It Up follows two assistants, Harper and Charlie, who plot to get their bosses (Kirsten and Rick, respectively) to fall in love so they can have decent working hours and some time off. It’s no surprise that Harper and Charlie get to know each other and they go from strangers to friends to (surprise surprise) romantic interests. The thing I love about Set It Up is we see all the cliche/stereotypical moments in these sorts of movies through Kirsten and Rick, while alongside this we see the growing relationship between Harper and Charlie which comes with its own cliches and stereotypes, however, these are less so.

What made the whole thing even better is the fact that Rick, the douchey guy who doesn’t care about anyone other than himself, didn’t get the girl at the end. He didn’t find happiness and we can assume he isn’t going to any time soon. On the flip side, Kirsten learns from her mistakes. She remains the strong, independent, badass woman that Harper sees her as but she grows and learns to be kind and respectful, especially of those who try to help her. We can see Kirsten’s ability to change and she continues to prove us right whereas every time it seems like Rick might change, he shows us that he’s incapable. He didn’t find happiness because he didn’t deserve it but if he put in some effort and tried, he could have found it very easily.

And on top of that slightly serious message, this movie is genuinely funny and real. There were so many moments that I, a person in their twenties, could relate to. I’m a little younger than Harper but whenever she would freak out about being an adult or putting herself out there, I completely understood. In most movies (or TV shows or books) there’s very little progress from being at that point to becoming confident and a completely different person, whereas in Set It Up you see the obvious developments. Harper finds her confidence and navigates into adulthood a little better by the end of the movie and it’s believable. With some real-life experience and help from the people closest to her, she grows and it gives the impression that anyone is capable of it. Harper, Charlie, and Kirsten all go through some kind of development in this movie and it’s oddly encouraging.

There’s a chance you’ll laugh at how relatable this movie is or simply because characters say the most ridiculous things. It’s funny in that typical, ridiculous comedy movie way but it’s also genuinely funny. You laugh with the characters not at them (unless they’re assholes who deserve it then you might), you laugh because you understand and you get the joke. Sure, you’ve got the typical guy meets girl and they fall in love scenario but the journey to that point is interesting and different to most of the romantic comedies I’ve seen (which is quite a lot).

So, with relatable moments, fantastic acting, great character development, side characters that actually matter, have personalities, and push the plot forward (hello best friends!), a good paced story, funny moments, good use of cliches and stereotypes (while also managing to avoid, or rework, the overused ones), and a recognisable but interesting plot, Set It Up is really the perfect movie for those who already love romantic comedies and those who just aren’t sure.