After burning the drugs last week, Hermione tells Veronica and Reggie that they’re going to have to make up the money and pay back the buyer. Veronica tries to take whatever money she can from Pop’s and the Speakeasy but comes up short leading Reggie to an idea that involves stealing money from his father’s dealership. The plan almost goes perfectly (minus Reggie getting shot in the arm) until Reggie opens up the bag to reveal a dye pack that explodes all over him and the money. Regardless, they go to take what money they can to the buyer who we discover his Gladys Jones.

I was a little surprised at first to see it was her but it makes sense. She and Jellybean were supposed to be in more episodes and they would need a reason to come back to Riverdale. I don’t think either of them care about FP and while I do think they love Jughead I don’t know if I believe that Gladys has his best interest at heart. I especially don’t think that FP and Jughead alone would be another reason for the two of them to return to Riverdale. I am a little sad that Jellybean is deliberately playing FP. I get that she’s angry and it does make sense, I would be disappointed if she completely forgave him, but her pretending like this is only going to hurt FP, Jughead, and probably herself.

I am curious to see what Gladys and Jellybean do overall and whether or not the Jones family will be reunited properly in the future. No matter what happens I don’t see Gladys and FP getting back together for real but to have them in constant contact as a family would be so good.

For now, Gladys isn’t actually the biggest concern of the episode. Elsewhere, Cheryl goes to an interview at a college that all of the Blossom women have attended, however, Penelope implemented a rule that says legacy students can’t attend meaning that Cheryl won’t even be considered. She does eventually get Penelope to change the rule back but along the way, some things happen. Firstly, in an attempt to help Kevin, Cheryl sort of outs Moose to the students. One good thing about this moment is that she confirms that she herself is a lesbian but what she did was wrong. We know that Cheryl didn’t do it in a vicious way otherwise she would have used Moose’s name, however, it was still wrong. Even though there are no guarantees people will suspect Moose, she gave away too much by revealing he was an RROTC member. She does later apologise to Moose and does several things to make it up to Toni.

Firstly, she gives up her interview time at the aforementioned college so Toni can take her slot. I loved this! Toni is going to smash that interview and she’s going to get in. The other way of apology was that Cheryl found a new group for Toni and her to make their own family. While I do love the idea of an all-girl gang, I thought the name wasn’t that great, and I do wish it had been about Toni returning to the Serpents. That being said, maybe the Pretty Poisons and the Serpents will join ranks and work together in the future at some point.

Stepping back to Moose and Kevin, although most people didn’t know for sure if it was Moose that Cheryl outed, he still becomes scared. Kevin tells him that he either has to come out to his dad or they break up. It’s not a cruel ultimatum. Kevin makes sure that it’s Moose’s choice and is going to support him no matter what his decision is. In the end, Moose decides to come out.

Things look up for a bit. Moose says it dad was okay with it and he and Kevin decide to spend the night together at the bunker. However, it’s not long before things sour. As the original Midnight Club are called back together to finish ascension night, it turns out it’s a distraction as the Gargoyle King goes after them. My heart was in my mouth the entire time that Kevin and Moose were dragged through the woods and forced to drink from the cups. I thought Kevin might be safe but I didn’t know for sure with Moose and it was terrifying. Luckily, the two get away as everyone shows up and I could finally breathe again.

This time the Gargoyle King was Moose’s dad who had his own history of being sent to the Sisters for being gay and had his own experiences with the Gargoyle King. It doesn’t seem as if he’s the genuine one from back in the day. Instead, he’s mostly using the King and the game for his own needs just like Tall Boy was. While we do get explanations and Kevin and Moose get out unharmed, the latter decides to move away from Riverdale to live with his aunt.

It is open for him to return but I am kind of upset that as soon as he and Kevin are allowed to be openly happy together, this horrible thing happens and he has to leave. It makes sense that Moose would struggle, what his dad did to him was horrible and he deserves to be happy now he’s officially out, it’s just a shame it’s not going to be with Kevin.

The other thing that took up a decent amount of time was Josie. We see her deal with going for an audition to try and get into Julliard but unfortunately, she doesn’t progress to the next stage. Although I was happy to see more of her and Archie, especially seeing them lean on each other, I do wish there had been more to her and Sweet Pea. We saw this episode that he’s really quite a soft and sweet person. There was a moment when she spoke about how she had given everything up to focus on her music and how she got through it because she thought it would be worth it in the end. You can see she’s defeated and upset that she gave up so much just to not get in after all that work and that would have been a perfect moment for her to go to Sweet Pea, to tell him he’s not just there to stop her feeling lonely. It really did just feel like a missed opportunity.

Overall, I did enjoy this episode although I think it also confirmed that so far season 3 is not my favourite. This Gargoyle King and G&G story has gone on far too long in my opinion. There are so many things, like the decoy Kings, that make it feel like the writers are just trying to drag it out. It feels unnatural and forced. The other thing is the Farm. It seems, based on the promo, that we might finally meet them in the next episode, however, it seems like it should have happened before now. They’re constantly name dropped and make minor appearances but I’m concerned that their actual reveal and their big story is going to be disappointing after all this time.

That being said, the Farm might surprise me and the story surrounding them may be really good so I’m trying to hold off on any official judgement. The G&G stuff definitely needs to wrap up soon though unless it combines with the Farm, then it could potentially work. Generally speaking, this season just feels odd from a structure and pacing standpoint. I do hope it works out better as the season goes on because there have been some fantastic scenes, episodes, and interactions so far. 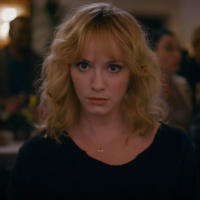