This episode of Gotham was primarily a Jeremiah episode. We finally find out what he’s been up to. It turns out that he turned two people into Martha and Thomas Wayne so he could reenact the night they were killed, only this time he would be the gunman. Jeremiah did this in the hopes of forming a connection between him and Bruce and naturally because this is Gotham things don’t go entirely to plan.

It all starts with Bruce walking the streets and seeing newspapers of the night his parents died. He then spots two people who look just like them walking away. He follows them through Jeremiah’s tunnel to Wayne Manor where he finds his “parents” and Alfred who have been hypnotised and are under Jeremiah’s control. Some of his plans are revealed in the Manor but its not long before bombs placed throughout the house are set off causing Bruce and Alfred to have to run back through the tunnel. As Wayne Manor is destroyed, so is the tunnel connecting Gotham to the mainland. I’m actually curious about that. We know there’s a ten-year time jump in the last episode so I wonder if the Manor will be fixed before then, during, or perhaps not at all. I’m interested to see if Bruce rebuilds it with the intention of having a batcave or if he’ll start fresh somewhere else.

Eventually, Bruce is led to the alleyway where he tries to stop Jeremiah from the killing those two people. However, it’s revealed that he already has and the Martha and Thomas Wayne standing in the alley are actually Lee and Jim. After finding a bunch of bodies marked with a “Z” on their chests and evidence of acid burns, both Jim and Lee were led to Ace Chemicals where Jervis Tetch and Ecco captured them and the former hypnotised them.

Firstly, I missed Tetch a lot. He’s such a fun character and it was nice to finally see him again. Hopefully, there’s more to come in the future and this isn’t all we’re going to get. And secondly, I actually really liked the idea of using Jim and Lee. Bruce does have a connection to them (more so Jim) so it really did up the stakes a little bit. It also allowed for Jeremiah to still have an elaborate plan but also for Bruce to not be emotionally affected by the Wayne duplicates. Although you can see it’s hard for him, I appreciate that he held it together and didn’t even consider that they were really his parents.

That being said, there is a lot to lose this time around as well because now Bruce could lose Jim and Lee. Jeremiah plans to shoot the pair and if he doesn’t Ecco, who shows up right before, will fire a ton of fireworks into the air which will spread acid over the city and stop any relief efforts that were planned from the mainland. Luckily, Selina shows up and between her and Bruce they’re able to fight Jeremiah off and break the spell over Jim and Lee. While Bruce chases after Jeremiah who has escaped, Jim drives the truck of fireworks into the river to stop them from firing, however, it pollutes the water and will most likely stop the mainland from sending help.

Brue eventually catches up to Jeremiah at Ace Chemicals and the two fight until eventually the latter is thrown into a vat of acid. He is pulled from it and taken to hospital but the doctors say there’s no brain activity. We all know that’s false, right? I mean, he’s definitely going to show up again even if it’s after the ten-year time jump. I don’t see the writers and everyone putting in so much effort with the whole Jerome and Jeremiah thing just to kill him now.

Prior to all of this happening, Selina has been helping Oswald. He has been sending people across the river in boats but it turns out the mainland have put mines so the people keep blowing up. With his one idea of getting off the island destroyed, Selina gives him another idea. However, it turns out, that she isn’t really working with him. Instead, she tells Barbara everything and suggests that they kill Oswald, takes his loot, and leave Gotham together to which Barbara agrees. Keeping Oswald on side, Selina tells him about the tunnel that Jeremiah was digging, only they arrive after Wayne Manor explodes and the tunnel is blocked.

Although I’m sure part of Alfred’s talk with Selina was to make sure someone went to help Bruce, I still appreciated it. Selina could have very easily have killed Oswald (we know she wouldn’t because there’s no way the writers are going to kill him) and seeing Alfred talk her down really made me smile. That being said, the writers do jump around with them quite a bit so who knows if Selina and Alfred will be friends or hate each other the next time we see them.

Barbara herself is making plans. One of the first things we see her do is go and visit Lee at the hospital. She wants Lee to be her doctor now that she’s pregnant. I do believe it’s because she’s the best and it has nothing to do with Jim. Barbara is smart enough to know that Lee is her best option and even if Gotham was thriving, Lee would still be a fantastic doctor for her and her baby. That being said, it was a fun interaction and I do hope this means we’re getting more of Barbara and Lee in the future.

We also find out from this (and later interactions) that Jim wants to be a part of the baby’s life but Barbara doesn’t want that. This seems to be one of her main reasons for accepting Selina’s offer. Only when she doesn’t hear more about it, she goes looking for Oswald and finds him with Ed. It turns out the two of them are going to work together to get off the island, all Ed has to do is build a submarine that can detect the mines so they can safely cross the river. Barbara initially thinks it’s a horrible idea and goes to shoot Oswald but she finds that she can’t. Instead, she agrees not to kill him so long as the three of them get out of Gotham together, that way she can be far away from Jim and the decaying city before her baby is born.

Also, I think one of my favourite parts of this whole episode was when Ed guessed that Babara was pregnant. That entire interaction was pure gold.

Overall, I actually really liked this episode. I love how elaborate Jeremiah’s plan was and how he even went so far as to reenact the movie that Bruce saw with his parents that night. It was also nice to finally see Bruce and Selina seemingly back on good terms, and speaking of reunions, with Jim and Lee I hope there’s more discussion because we’ve just kind of skipped over the fact that she’s been gone for three months and had a chip in her brain.

Regardless, I did enjoy this episode. It was really funny in a lot of places with some characters having the best facial expressions I’ve ever seen and in terms of Jeremiah, this really was a great next step in his journey which I’m excited to see more of. 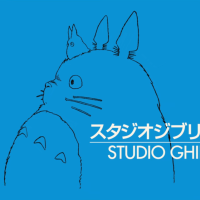