This episode of Gotham focuses almost entirely on Jim Gordon. Everything is either directly or indirectly connected to him. We discover that there has been a time jump between this episode and the last. Work has been done to make the rivers clear of toxins and according to Lucius, they’re closer to safety levels than they originally planned. Jim wants to, in the meantime, get a cease-fire with all of the different gangs/territories which doesn’t go well at all.

Oswald is hosting the little get together with a representative of each gang/territory. While in a discussion with Barbara he explains that the submarine still isn’t quite ready because it’s a lot of work to build one from scratch. He says he’s hosting the get together so he can keep Jim happy and hopefully make their escape from the island much easier. I mean, I’m not overly shocked. Plus, more representatives were likely to show up if they knew Oswald was onboard too.

While they’re all gathered, Jim is shot. Everyone in the room seems shocked which makes sense when we find out that none of them did it and instead, it was Zsasz from outside. Barbara in particular has quite a strong reaction when Jim is shot. It’s always been clear she’s never fully gotten over her feelings for him, however, I think the fact that he’s the father of her child is coming into play a lot as well.

When Jim is rushed back to the GCPD, Lee gets to work on stitching him up. While she manages to do so, Jim is still out cold and barely holding on. We discover that he is experiencing himself on trial and he is being accused of failing Gotham and its people time and time again. Lee is brought on as a witness, who claims that everything Jim touches dies, and the people who died in the Haven explosion also testify to how Jim let them down when he promised to keep them safe. Throughout the trial he is questioned by himself and regardless of what he says or does, he is eventually sentenced to death. As the trial progress through to his execution, Jim realises that he wants to live.

While all of that is happening, Harvey discovers that it was Zsasz who shot Jim and as he does, Zsasz shows up to the GCPD. From the moment he came on screen I remembered exactly why I love him. He’s such a fun and oddly charismatic character. Every time he’s on screen is usually a great time and as many have stated in the past, he’s grossly underused. It was also hilarious that he was knocked out by Alfred.

With Zsasz in custody we find out that he is being influenced by Ivy. Don’t get me wrong, Zsasz is a fantastic character all on his own but there was just something extra hilarious about him being all loved up like that. He’s also not the only one who was under Ivy’s influence. While Bruce and Selina are having a little date (which can I just say was absolutely adorable and it’s nice to see them on good terms again), they are interrupted by Ivy who uses her perfume on Bruce.

She does this so that Bruce will use the perfume on Lucius and then the two of them can destroy the filters cleaning the rivers. She wants to do this so that Gotham can’t be saved and will have a chance to regrow. Selina is originally kept busy but she manages to show up just in time to knock them both out of the influence and they manage to stop the filters from overloading before it’s too late. Honestly, Bruce and Lucius being under the influence was really great but also kind of creepy, especially the way they wouldn’t stop grinning.

While all of that is happening, Ivy goes to the GCPD where she frees Zsasz who distracts the cops while Ivy goes after Jim. Watching him trying to be a distracting was hilarious. It’s also so fitting because one of his first scenes on the show involved him shooting up the GCPD and his last scene ever is a similar experience. Something else I appreciated is that while Zsasz was under the influence of Ivy’s perfume, he was still himself in a lot of ways, just a more enhanced version so it never felt like we weren’t getting the real Zsasz for his final episode.

At this point, Jim still hasn’t woken up. In fact, he’s getting worse and Lee has to give him a shot of adrenaline only that’s when Ivy shows up. She and Lee fight which leads to the former getting shot and the adrenaline being destroyed. Ivy is perfectly fine and will most likely heal, however, Lee has to find a different way to save Jim that she originally planned which works. I mean, I don’t think anyone is surprised that he lived but it was still nice to see nonetheless and most likely the trial her underwent will change his outlook on things from here.

When he does eventually wake up, he asks Lee something. The episode then jumps forward a month. We’re still at the GCPD and Jim and Lee are about to get married! It was such a cute, intimate ceremony. I adore that Harvey was the one to officiate the wedding, I honestly couldn’t think of anyone better. It was also super cute to see Bruce and Selina still side by side and we even got a kiss! They really do seem to be on great terms which I’m so happy about, especially considering how close we are to the end.

However, it’s not all happiness in Gotham. We see that Barbara and Oswald (and Ed) still haven’t left the island yet. They discuss the wedding and Oswald points out that she only tried to help with Jim’s cease-fire during the episode because she wants to prove she had changed but that Jim would always see her as a danger. The episode then ends with Barbara declaring that he can hunt her to the ends of the Earth if he wants to but she’s going to be long gone before he can do anything drastic when it comes to their child. I really do want them to sort things before the end. I don’t want Barbara to die and I also don’t want her or Jim to lose out on raising their child. Even Lee, although skeptical, has the three of them in mind when it comes to raising the baby so it’s not outlandish to think they might.

Honestly, Zsasz was definitely the best part of the episode. I did also like the Ivy stuff although I am still struggling with this version of her. I have definitely become more accustomed to her and Peyton List is a fantastic actress but she’s so far removed from the Maggie Geha version that it feels like a completely new character and not in the right kind of way. That being said, there was just a lot of really great little moments throughout this episode but similarly to the last one, it feels like a filler that didn’t add too much to the progression of the plot, although that could be proven wrong in upcoming episodes. 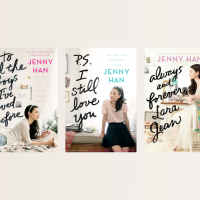 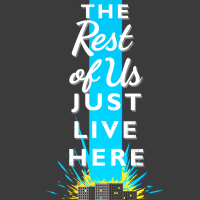 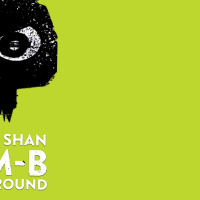 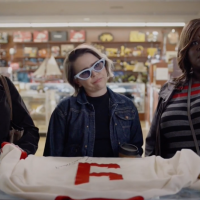