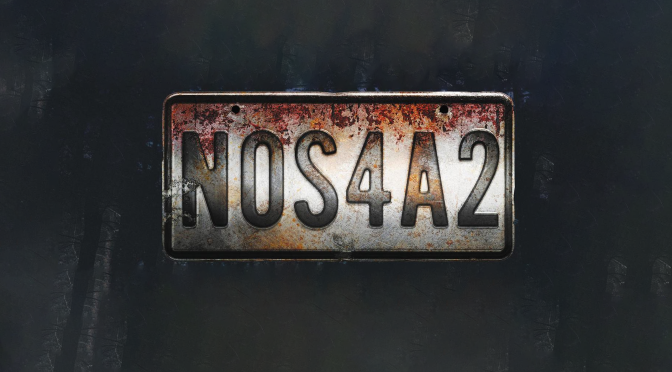 NOS4A2 is a book I have been putting off for a long time. In part, it’s because I didn’t feel any particular way about Joe Hill’s other novel, Horns, and I didn’t want this one to disappoint. Going into it, the storyline was definitely more up my alley and thankfully, it impressed me more than I expected it to.

Generally, NOS4A2 has pretty good pacing and structure. It’s an entertaining story and we’re fairly quickly introduced to the more fantastical elements of the plot. Overall, the book — due to both its plot and characters — is weird and dark and quite strange. There are some incredibly tense parts and while it is fantasy, it is also very much a horror novel. With graphic detail at times and creative ways of showcasing said horror, it’s a reasonably exciting read.

The fact it goes between different points of view really helps to push the story along and give the reader as much necessary detail as possible. It deepens the plot in a way that stops it from feeling flat. There’s mostly a great balance between the characters’ views. Occasionally, it feels a little disorientating to spend a lot of time with one character to then suddenly move on to another. That being said, the differing views and the number of characters we follow feels necessary as it does add to the plot instead of distracting from it.

At the end of the day, I had an entertaining time reading this book and the conclusion was satisfying. The characters, while flawed, are interesting to read about and I found that I cared about what was going to happen to them especially as the book progressed. I’m glad I got around to this one and that I had such a good experience with it.